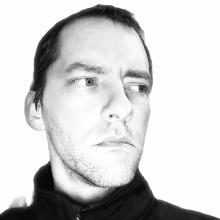 I began my formal studies in Fine Art in 1998 but took a hiatus after a few years and moved to the Bay Area to pursue a career in design. A fews years later around 2004, I returned to my home state of Oklahoma and worked in the private sector initially as a graphics editor and gradually made a lateral move towards SGML coding.

I’m a full stack software engineer by profession and a visual artist at my leisure. My favorite part of software has always been the user interface/experience. Web development started as a simple curiosity in 1998 but drawing and painting was always there as my first real passion. Photography was another hobby that has been with me since high school from the need to create my own reference materials. When creating art, I occasionally use traditional media - oil being my favorite medium - but usually start out sketching on my iPad Pro with an Apple Pencil.

Website building (full-stack) has been my primary job since 2012 despite having dabbled in html/css since the late '90s. Content management systems were a good start working in databases and Movable Type was a favorite for many years until its momentum/development stalled. I began searching for a new CMS of choice for awhile before finally landing on Drupal 6/7. Since that time I've branched out to Javascript frameworks (jQuery, ReactJS, VueJS, Angular.js(1.x)), build/test systems and NodeJS express, SailsJS, and ElectronJS. I've built desktop applications that automatically update using a custom update server. In 2018 I started writing business applications in the familiar C# on the .NET framework with MSSQL database backends using Active Directory as the domain controller.

Coming from the background of a fine artist and having a career in computer science for the past two decades has provided me a unique perspective using both hemispheres of the brain to solve problems in a creative way but also having a logical foundation. My knowledge in computer programming has accelerated at a breakneck pace in the past several years due to an insatiable hunger to learn and a passion for building things both analog and digital.